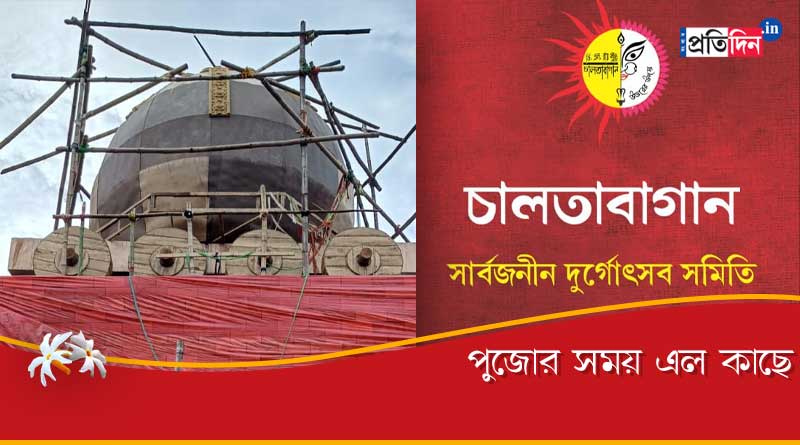 News Daily Digital Desk: Chaltabagan means the scene of vermilion playing in front of the eyes. Almost every year the celebrities of Tolipara throng this mandap to celebrate the Vijaya. He welcomed his mother and indulged in the game of vermilion. However, due to Corona, the appearance of this puja was quite pale for the last two years. But this year, the famous picture is going to return again in the puja. Along with that, Chaltabagan is going to celebrate Durga Puja, which has become a heritage, with a unique theme. How?

In fact, last year Durga Puja of Bengal (Durga Puja 2022) was given the title of heritage by UNESCO. But only Bengali festivals are the best, many traditional arts, creations, culture and architecture of India have taken away the title of ‘heritage’. From Uttar Pradesh’s Ramlila to Purulia’s Chou dance, Kerala to Rajasthan’s folk art, UNESCO’s recognition of India’s various cultures has become global. UNESCO has added a new feather to the Bengali crown by giving unique honor to Durga Puja. And so this year all these folk arts and cultures will be showcased in Chalta Bagan Mandap.

The theme is called ‘Celebration of Life’. That is, Chaltabagan is going to celebrate life. India’s heritage, history, tradition where together will become one. The idol will be made in accordance with this theme. Where the goddess will be portrayed as a queen. Just as all the people in her kingdom are children to the queen, so Goddess Durga will grace this mandap as the mother of all.

This time there was confusion about the idol of this Puja. It was heard that the idol of Chaltabagan is being made after the late British Queen Elizabeth II. Although the entrepreneurs made it clear in the letter, they have no such plans. Later it is known that this confusion was created because they want to portray Devi as a queen. Chaltabagan invites you to witness the architecture and art of the entire country under one roof.