IND vs AUS: India is no match to any other top side in the world, says Ravi Shastri 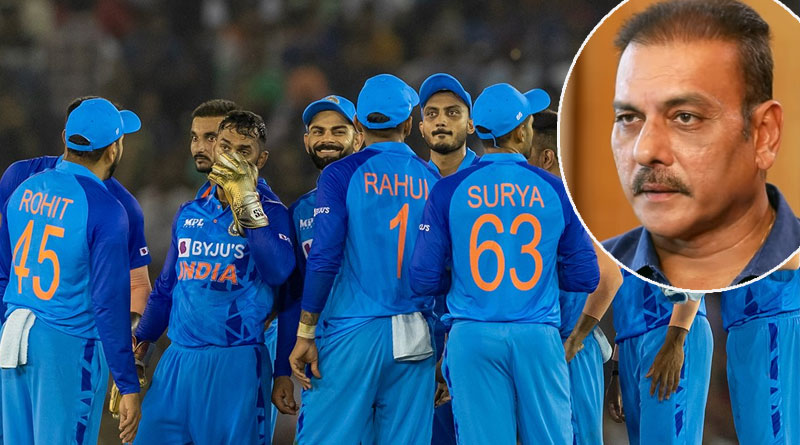 News Daily Digital Desk: The series, which was seen as India’s test of strength before the T-20 World Cup, got bogged down at the start of the series. Team India could not save 208 runs courtesy of awkward bowling and fielding. Ravi Shastri, the former coach of the Indian team, is furious. Shastri claims, in terms of fielding, at least at the moment, it does not come close to the best teams Team India.

There are only a few matches left before the T20 World Cup. But the performance of Team India is not at all satisfactory. India have been consistently disappointing especially in the bowling and fielding departments. Against Ajid, the helplessness of India’s death bowling and the weakness of the fielding, both came to light. An angry Ravi Shastri said, “If you look at the best teams in India, there is a mixture of experience and youth. But there is no such thing as youth in this group. And that’s why we are behind in fielding. If you look at the teams of the last five-six years, it will be understood that in terms of fielding at least these teams do not come close to the rest of the world. It will suffer in big tournaments.”

In fact India took 3 easy and important catches against Australia on Tuesday. At the end of the day that becomes the factor. A huge score of 208 runs could not be saved. Captain Rohit Sharma also admitted the failure of bowlers and fielders. After the loss against Ajid, he was saying, “200 runs is a good score. But we didn’t capitalize on the opportunity while fielding. Batters are batting well. But on this day the bowlers were practically not in the match. We have to think about bowling before the next match.”

Actually not only against Australia. In the Super Four matches of the Asia Cup (Asia Cup), the way India could not defend them even though they made fairly big runs, it is generally thought of Team India. Bhuvneshwar Kumar failed in the death overs. Harshal Patel also drowned on Tuesday. Among the spinners, Yuji Chahal is the ultimate disappointment. Sunil Gavaskar is also worried after seeing this. He was saying, “Death over India is suffering. In the last three matches, Bhuvneshwar Kumar gave 49 runs off 18 balls in the death overs. It is a cause of great concern.”

Mohammed Siraj added to squad in place of Jasprit Burmah

No relegation in Calcutta football League