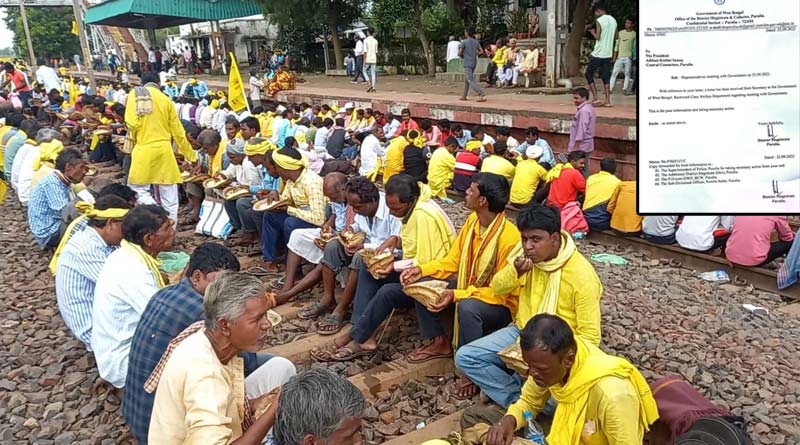 Sumit Biswas, Purulia: Several public services were disrupted due to the agitation of the Kurmi community in Purulia for three days. The state government took several steps to solve the problem. Once in the past, a letter was sent to the concerned Ministry of the Union requesting inclusion of Kurmids as tribal community. On Wednesday, CM Mamata Banerjee’s government again sent the same letter to the Centre. On behalf of the state, the secretary of the backward class welfare department, Sanjay Bansal, sent a letter to the central secretary, Anil Kumar Jha. On Thursday, the state’s backward class welfare department urged the agitators to sit on the negotiation table. 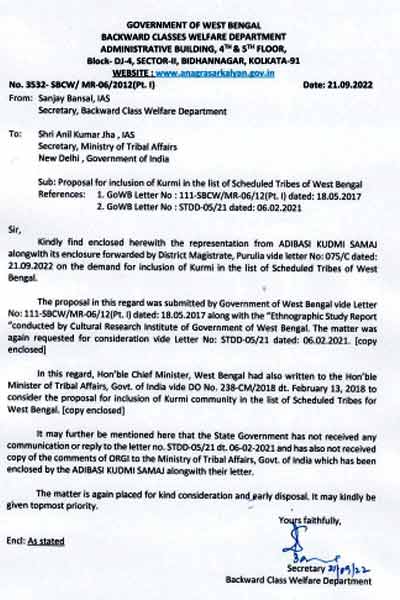 The state government sent a letter on Thursday asking the blockaders to negotiate. Called on Friday around 3 pm to discuss. According to sources, that letter was accepted by the blockaders. But still the blockade was not lifted. They claim that the state has sent the CRI report to the center? If sent, the program will be withdrawn only after giving the copy. If not, the rail block will continue indefinitely. 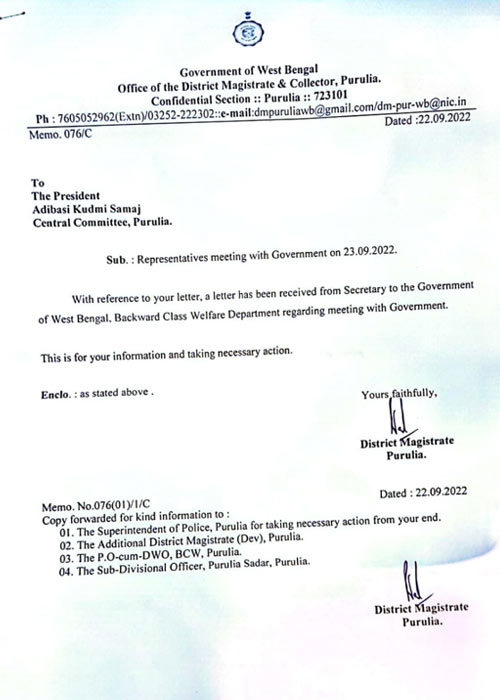 The movement has started again from Tuesday in Purulia to demand that the Kurmi people be listed as tribals. By blocking the railways, the representatives took to the streets to demand their demands. The agitators completely stopped the train movement by lying down on the railway line of Adra Division of South Eastern Railway. Many trains were canceled as a result. Not only the railway line, but also the National Highway No. 5 was blocked by the representatives of Kurmi society. As a result, along with rail services, roads were also closed. Buses, trucks, lorries, cars stopped one after another. SBSTC workers also went on strike again on Thursday. As a result the bus service is not available. Apart from Bengal, the movement is also going on in Jharkhand and Odisha. Everyone’s eyes are on whether the talks called by the state will end on Friday.

A youth killed by goons in Murshidabad